Warning: "continue" targeting switch is equivalent to "break". Did you mean to use "continue 2"? in /home/dqiukjev/public_html/wp-content/themes/uncode/partials/elements.php on line 909
 Waterfall - StudioKGB 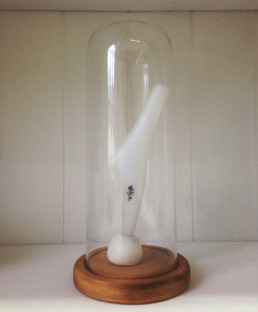 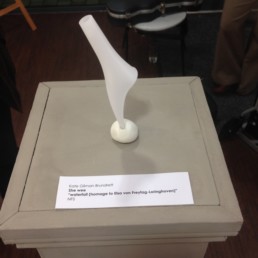 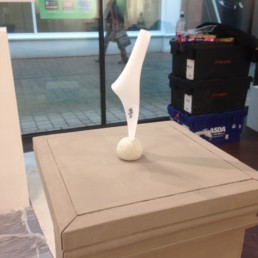 ‘Waterfall’ is a readymade urinating vessel for women called a She-wee, with the signature ‘Elsa’ written on the side.

Waterfall was made in response to Marcel Duchamp’s ‘Fountain’ having discovered that Duchamp may well have been wrongly accorded the idea of the urinal and may have been appropriated from an original by Baroness Elsa von Freytag-Loringhoven. Yet we still are taught in schools to hail Duchamp as the ‘granddaddy of modern art’. Research to prove it’s authenticity has been going on for a number of years.

‘Waterfall’ contains multilayered referencing, taking in the context of the Salon as an exhibiting platform, the art Establishment, gender and power, and not least it’s form.